Hey everyone. I'll start off with a quick summary of where I left off with the Final Push update last month:

Then, unfortunately, the unthinkable happened: during the process of upgrading my computer (Ryzen 5000), the M.2 heatsink from my motherboard (that happened to be DOA) managed to apply too much mounting pressure on my boot SSD, and cracked the DRAM chip, putting the drive into a comatose state where it no longer shows up to the system.

In short, I lost all of my ThinkMods data.

I hastily mailed the drive to Rossmann Repair Group for data recovery, since only the DRAM died, meaning the data should all still be available in the NAND, and should be readable with fairly simple tools.

And then USPS lost the package.

Before that happened, I decided to trudge forward with recreating everything I needed from scratch, to try and minimize delays with the project itself. Here's a full list of everything I still had:

So essentially, I've got my PCBs, a treasure map full of component clues, a rudimentary chassis model that is only useful as a reverse-engineerable stencil, and a decent quality version of my logo.

To clarify, I have since signed up for 1TB of cloud storage and moved everything into it. I am not going to let this happen again. I can't even begin to describe how much personal data was lost as well, not just company data.

It's important to note the progress of everything at the time of this data loss:

My first order of business was getting the chassis in check, because I knew from the get-go that it would be the biggest bottleneck in terms of hitting my desired shipping window, which was getting all orders into your hands by the holidays.

I quickly recreated a lot of the chassis from memory, keeping in mind many of the design changes that it underwent over the many months of development, and accounting for those differences from the beginning. For instance, knowing there's going to be a cutout in the middle when you start modelling the chassis means you can integrate that into the core design, from a modelling perspective, and that makes tweaks much easier later down the line.

Knowing I was also going to be making an EC54 version, I was able to design the two in tandem with a feature I hadn't taken advantage of before; derivative models. In short, the EC54 model is literally the EC34 model with an extra block added to the side of it. Whenever I make a change in the EC34 model, it automatically propagates to the EC54 version, because the two are linked. This saves a lot of headache I had to endure during the earlier stages of development, where I had to constantly implement changes twice between two models, and rigorously check to make sure they were both still the same in the end. 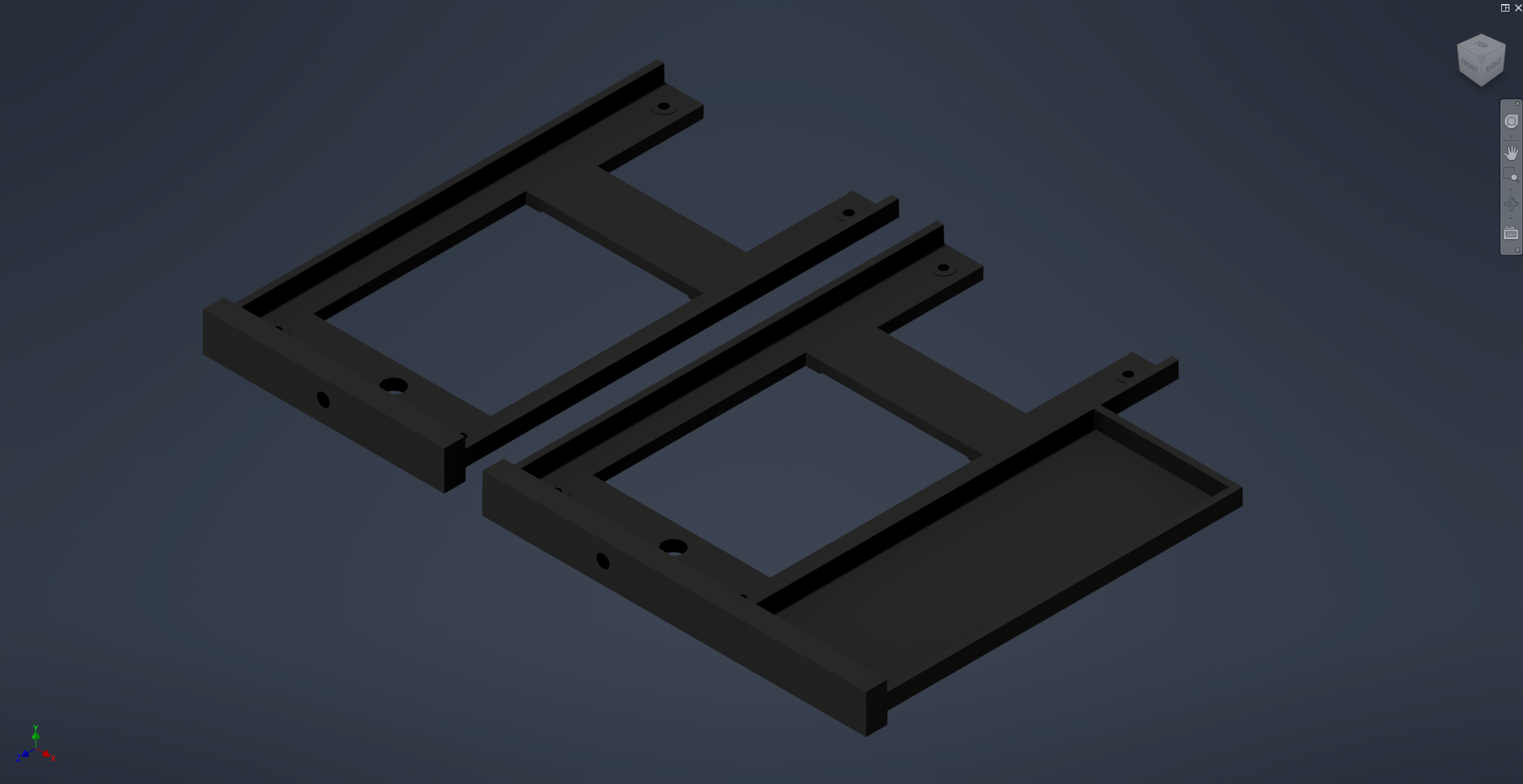 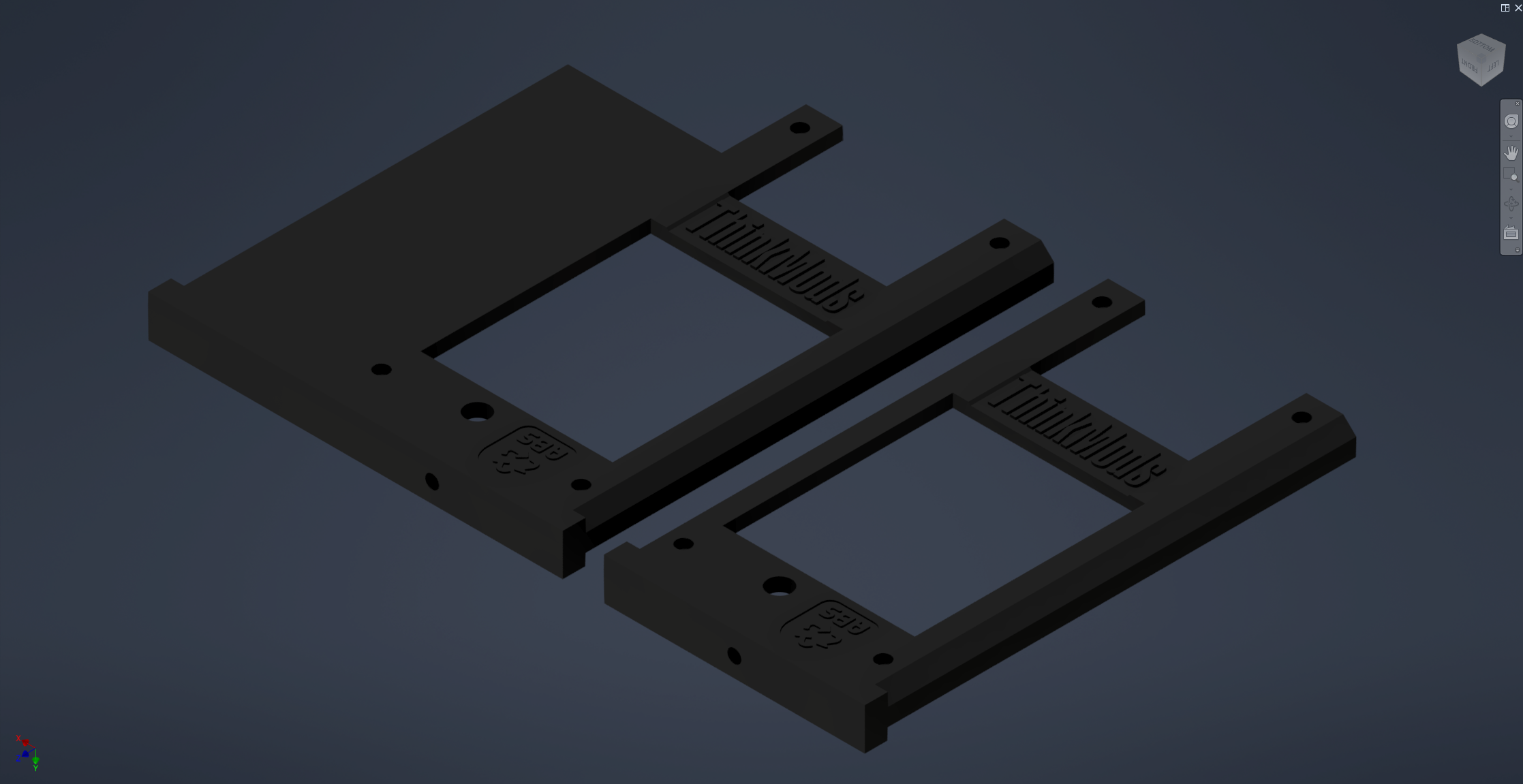 You'll probably notice how much more detailed and refined these models are compared to the earlier model from the Indiegogo campaign. If you're interested, I've been documenting the entire process behind (re)creating these models from scratch in the ThinkMods Discord server.

These designs were made from the beginning with the intention of being injection molded, which involves a lot of tricky requirements (like drafted surfaces) that 3D printed designs don't have to even begin to account for.

So, now that the chassis is finally done being recreated, it can now be sent for fabrication. That's going to happen within the next 24 hours. I think I've found a great injection molding company in China after trying roughly two dozen different companies, and I hope the results are going to speak for themselves. Unfortunately, there is one downside to injection molding: roughly a month lead time.

That means I'm going to miss the holiday window.

I know this sucks. Trust me, it's really frustrating for me too. I want this to be in all of your hands. I want to be done with this adapter and start working on future mods, like the SATA version and Hyperbay.

But I believe in the end that this is for the better. Going with the injection molded chassis will raise the quality bar dramatically.

That being said, the PCBs are currently done, and the factory is just waiting on a few components to arrive before they start the assembly process. I should have the finished boards in my hands within a couple of weeks, which means I'll have a bit of time to go through and rigorously test them all, as well as package them, before the chassis arrive. That means the overall turnaround time between receiving the chassis and shipping out the final product to everyone will be dramatically shortened.

To clarify, once I receive the boards, I need to test every single one of them to make sure the SD card reads correctly, boots, and is able to boot the SSD, and then I need to run a benchmark on the SSD to make sure it's up to par. I also, of course, need to flash all of the SD cards, which is going to be an agonizing process. I'll hopefully show some of that stuff in mini updates, but keep in mind that I document everything that happens in the Discord server, even if I forget to share it in the blog posts.

Speaking of which, I never showed off the SD cards!

I suppose I might as well show off some renders of the final layout. These are WIP renders, as they're missing a few components and the colors are a bit off, but they do accurately represent the final design.

Also, here's what I think is the most important image: The final stackup. In this image, I set the chassis to transparent, so you can see just how tightly packed every single component is. Everything was methodically placed so that the entire stack would be only 4.8mm, just within ExpressCard's 5mm limit.

Also, at the end of the last blog post I mentioned the rideshare program, but never updated the post to show off everything. Here's what that looks like! I set the PCB color to blue for this image just for the ease of readability; the actual PCBs are matte black.