Hey all. I know it's been pretty quiet in terms of updates, but a lot has been happening. I've been working nonstop for the past couple weeks, pulling some crazy hours in an attempt to get the final production order ready.

I'm going to spare the gritty details because I'm actually holding up development by putting this blog post out, but you guys need an update.

As detailed in August's update, I designed a Prototype 4 board. I also gave a lot of details about manufacturability. Unfortunately, I was not able to solder the prototype 4 boards. I just don't have the equipment necessary for fine-pitch recessed connectors.

This led to me ordering Prototype 5 boards (which are nearly identical to 4), using the prototype assembly service of the manufacturer I planned to go with for full-scale assembly.

These boards took a LONG time to arrive (thanks to parts orders taking forever), but they were assembled and delivered to me. I also designed and ordered some test boards, that I can plug into M.2 slots in order to test their pins for any shorts. I used this to determine whether or not the manufacturer was properly soldering the connectors, or if they had any shorts (like mine did). Everything checked out, so I plugged in an SSD, and...

They work flawlessly. The LED functions, the SD card reads properly, it's fully bootable (using Clover), and everything just works.

Which means it's time for full-scale.

One small downside with my boards is that they have a massive cutout in the middle. This is necessary for double-sided SSDs (like the Sabrent Rocket), but considering you pay for PCB manufacturing by the outer dimensions, not total surface area, it's a lot of wasted space, that could otherwise be put to use for no extra charge.

So, inspired by services like SpaceX's Smallsat Rideshare Program, I decided to open up "slots" to the community, and get some free (small) boards made. Additionally, because I'm already paying for assembly, these boards from other people can also be assembled, for very little extra money.

I'm sorry I don't have a better image of these - I'll update this post with a better one once everything is said and done. I don't want to hold onto this update while finishing it. 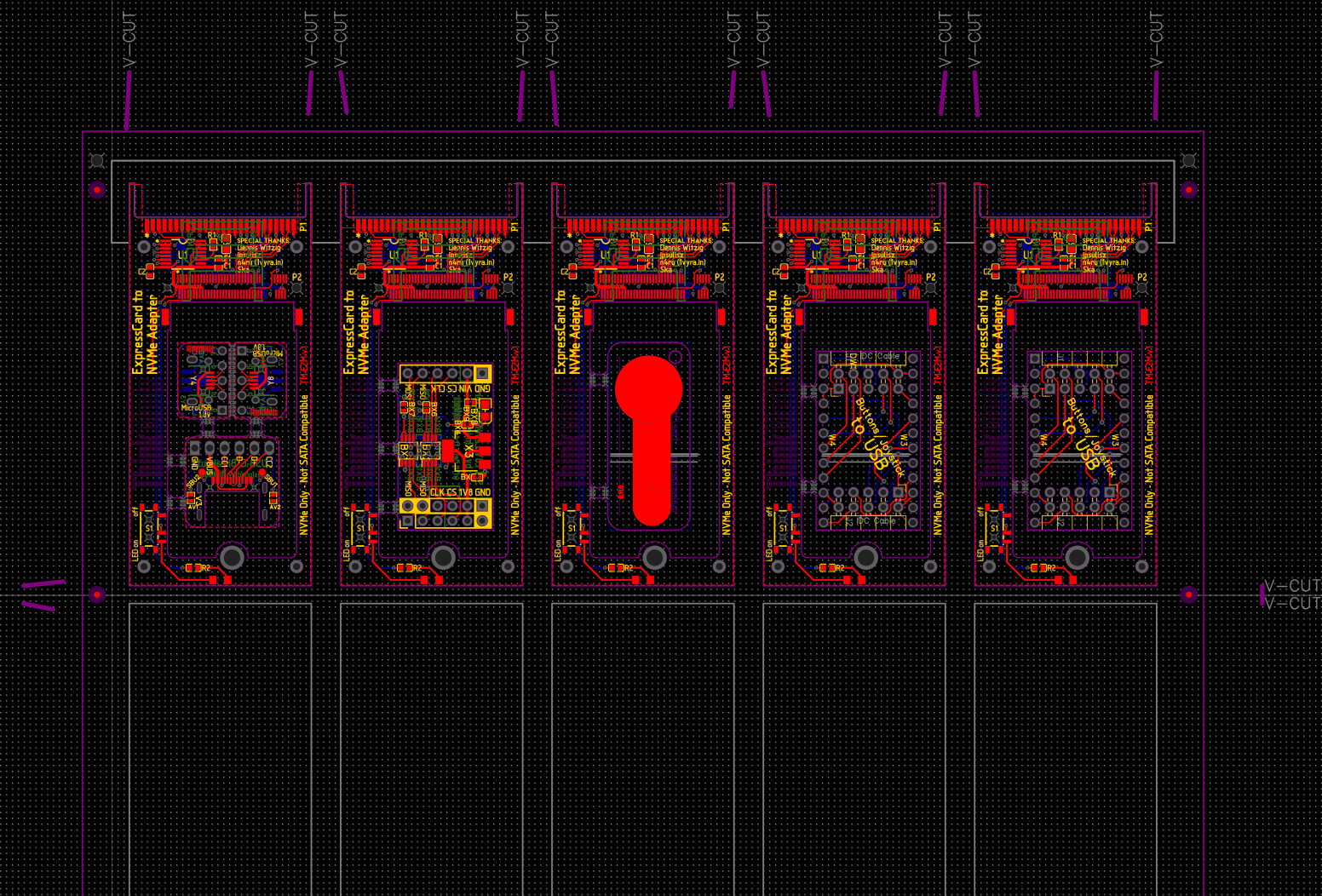 It's been a long journey. I know it's been excruciating, but the end is finally in sight.

I'll share more in-depth stuff in the next week or so in another blog post. For real this time.